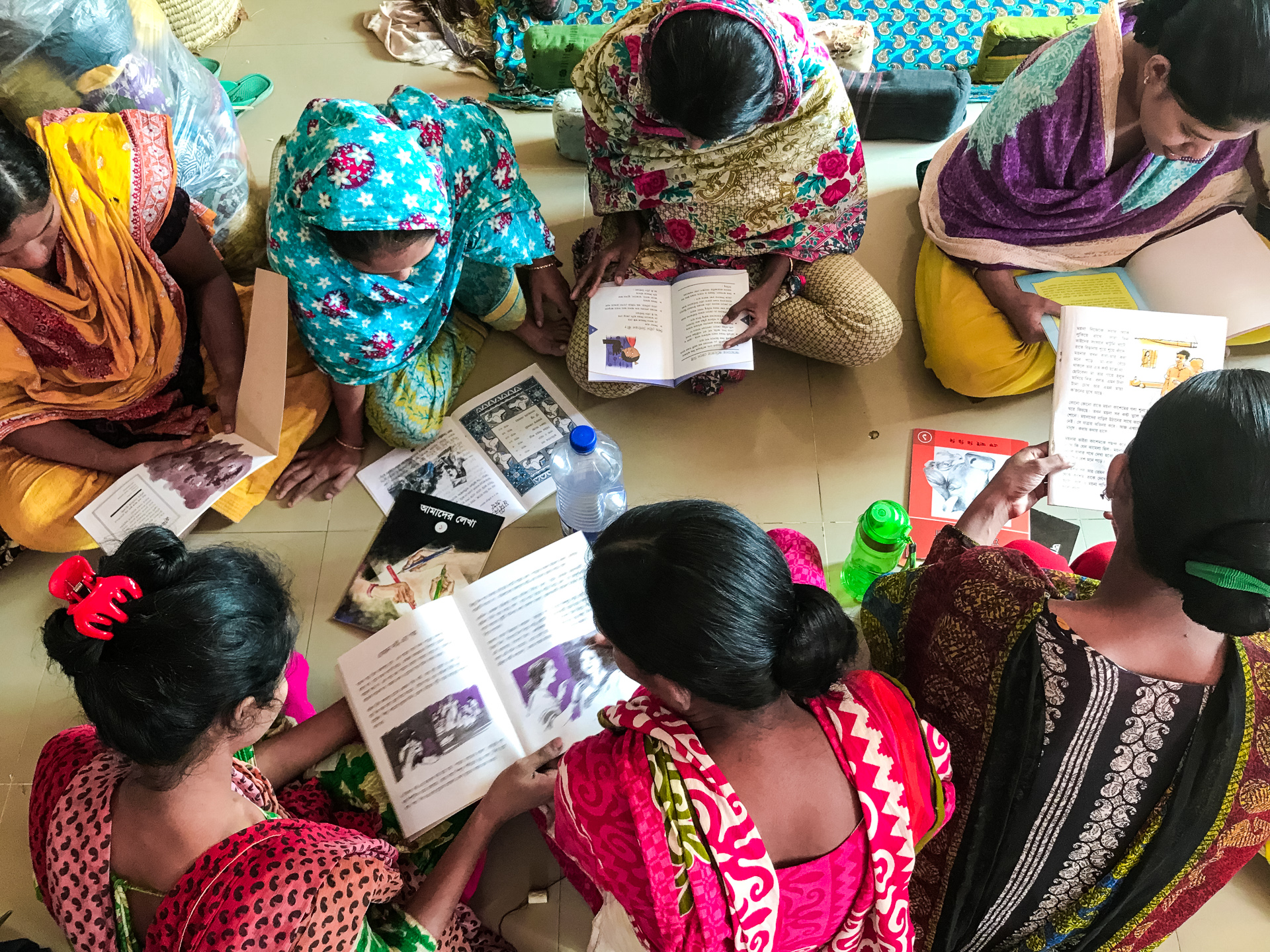 "They'll be in prostitution soon..."

Railway stations are where you go in Bangladesh when you have absolutely nothing. Here you can sleep on the platform with your blanket and few possessions. But life is cheap and flesh can be bought.

On a July night in 2010, two teen-aged girls were preparing their beds on the train platform. ‘They’ll be in prostitution soon,’ Razia, told Robin Seyfert, Basha’s founder. When Robin returned the next day, families were preparing food along the railroad tracks, while children played in the trash.

“One woman eyed me shrewdly, having grown cynical from the nightly selling of her body in order to survive,” recalls Robin. “Out of the corner of my eye, I caught a glimpse of movement, energy, colour: three women were walking towards me who were attending a support programme for women leaving sex work. ‘Sister, sister,’ they called as they waved their storybooks. ‘We’re going home to practice our reading.’

“Seeing the joy and hope on their faces in the midst of so many others resigned to squalor and degradation, suddenly I knew I could not just leave.”

Basha Boutique began through partnerships with Children’s Uplift Programme (CUP) and Mennonite Central Committee’s (MCC) Pobitra programme. CUP was providing training and transition programmes for mother’s living on the streets in Dhaka. MCC was providing similar services for women wanting to escape street and hotel based prostitution. Many women had struggled to find a livelihood because of the stigma attached to their past and the trauma they continued to deal with.

Once completing a time of training and rehabilitation through CUP or MCC, Basha Boutique would now offer them alternative paid work in a safe, supportive environment and the opportunity to rebuild their lives.

The early days were challenging. Basha Boutique was a radically different environment from the one our new employees had known before.

Gradually our trainee artisans discovered that with diligent work they could earn a good wage.

As time passed, the sharp pain written on their faces from past trauma was gradually replaced with peace and hope.

“I don’t want my child to experience what I’ve gone through..”

As Basha’s sales and product range grew, we could give more women a chance to escape degradation and poverty.

But the need to train and restore more women and their children became evident. We needed to expand to new areas where women were being exploited and where few alternatives existed. Without partners like CUP and MCC, we knew we had to provide these services ourselves. We needed to expand beyond employment and provide the initial services required for women to break free and build dignified lives as well.

In 2017, Friends of Basha was registered legally as a Society in Bangladesh in order to ensure that women were well equipped for the workforce and that children have opportunities their mothers did not have at their age.

Through Friends of Basha, more than 130 children receive education in daycare centres, as well as daily tutoring, school support and nutritious food.

Establishing hostels and safe homes, was also key for Friends of Basha, to ensure that women and children are completely supported and safe.

Today, driven by the needs of the many thousands of women in Bangladesh who are forced into lives they are deeply ashamed of, Friends of Basha helps provide women a pathway out of exploitation, through restoration and training, which leads to brighter futures.

“The sharp pain on their faces… was gradually replaced with peace and hope.”

We are creating a society where girls and women are empowered, valued, accepted and have confidence to contribute to their family, community and nation. 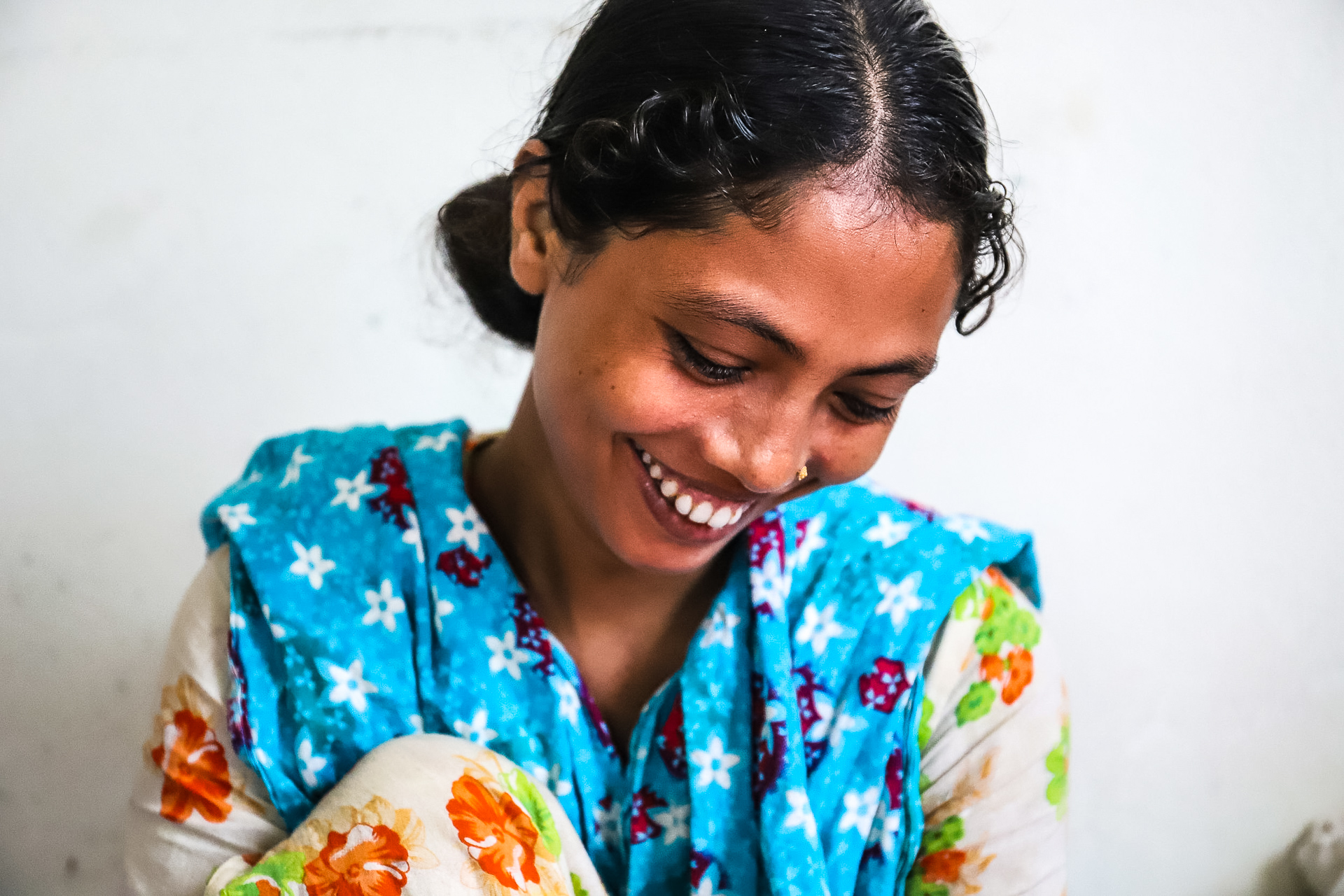